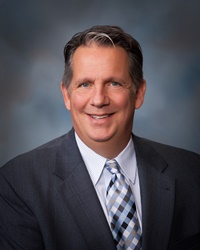 Lafayette Mayor-President Joel Robideaux was elected in October 2015, and officially took office on January 4, 2016. Campaigning on the promise of “working together” with Lafayette’s leaders and citizens to move the community forward, Mayor-President Robideaux has been doing just that in the busy first weeks since taking office. With the launch of a live weekly radio show called “The Sport of Politics,” he shares his position on local issues, opens the phone lines to discuss the public’s thoughts and ideas, and invites community leaders to share news and views on current local, regional and state-wide topics. In keeping to his commitment to move Lafayette forward, Mayor-President Robideaux has already announced work towards a no-kill animal shelter for Lafayette Parish and named an interim Chief of Police to assume the helm of the department.