Since 1993, Greg has served as the Executive Director of the CAJUNDOME, home of the Ragin Cajun basketball team. He 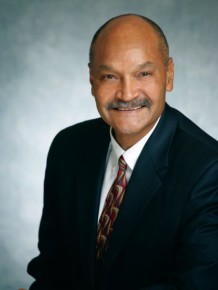 Since 1993, Greg has served as the Executive Director of the CAJUNDOME, home of the Ragin Cajun basketball team. He started as the Business Director in 1985, the year the CAJUNDOME opened.

Mr. Davis has participated in numerous community and civic organizations. He was a board member of Lafayette Crime Stoppers, Education’s Next Horizon, Council for a Better Louisiana, Lafayette Public Education Stakeholder’s Council, and the Greater Lafayette Chamber of Commerce where he served as Chairman in 2003.

For thirteen years, he served as Scoutmaster of Troop 955 that targeted disadvantaged youth. Using a high adventure outdoor program, he was successful in transforming the lives of many students who attended Lafayette’s lowest performing schools.

He has chaired numerous committees of the International Association of Venue Mangers, including the Mega Shelter Task Force that was established after Hurricanes Katrina and Rita to develop national guidelines for mega shelter operations.

Mr. Davis has been honored with many awards such as the Evangeline Area Boy Scout Council Silver Beaver; the Lafayette Civic Cup; the Omega Citizen of the Year; and the Times of Acadiana Person of the Year.

Davis served in the United States Army and graduated from the University of Southwestern Louisiana in 1980.