Garry Brodhead recently completed his fourth season at the helm of the Ragin' Cajuns women's basketball team. Brodhead brought a 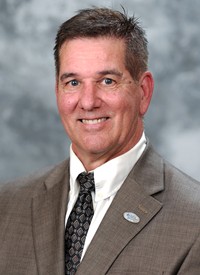 Garry Brodhead recently completed his fourth season at the helm of the Ragin’ Cajuns women’s basketball team. Brodhead brought a new style of play to the Cajuns, one that consisted of speed, shooting and pressing, immediately making an impact. He spent the previous five seasons as an associate head coach at McNeese State, where he helped guide the Cowgirls to a 52-15 record from 2010-2012, and back-to-back Southland Conference champions and NCAA Championship appearances.

Locally, Brodhead is best known for his accomplishments during a 10-year stint as head girls’ basketball coach at Lafayette’s Teurlings Catholic High School.  In his time he won one state title, and compiled a 297-78 record with the Lady Rebels. Along with the state championship, he led the squad to nine district titles, and advanced to the semifinals of the state tournament six times, finishing as runner-up once and winning the 2002 State Championship. His 2000-01 squad was ranked in the USA Today Top 25, and three times he saw his team ranked No. 1 in the state. Personally, Brodhead was named district coach of the year in nine of his 10 seasons.  He was also named parish coach of the year three times and Acadiana coach of the year twice.

The Lafayette native graduated from Louisiana in 1980 with a degree in Business Administration. He was also a student-athlete, competing as a pole vaulter on the Ragin’ Cajuns 1976-80 track and field teams. He returned to Louisiana in 1994 to spend a season as a graduate assistant coach with the women’s basketball team. Along with college and high school coaching on his resume, Brodhead has spent time as an AAU coach, leading the Acadiana Stars to the national championship tournament multiple times, finishing eighth in 1997 and fifth in 2006. Brodhead and his wife, Andrea, have three children (Blair, Ashley and Beau) and three grandchildren (Cellie and Emmie Richard and Brannon Boyd).