Allison Bourne-Vanneck joined the KATC news team in January 2013, and hails from St. Thomas, U.S. Virgin Islands. This is her first 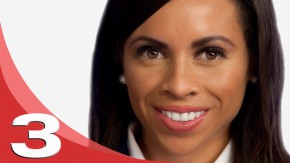 Allison Bourne-Vanneck joined the KATC news team in January 2013, and hails from St. Thomas, U.S. Virgin Islands. This is her first time in Louisiana, and she’s excited to learn about Acadiana and all things Cajun! Allison began her career back home at CBS TV2 Virgin Islands, where she won an Edward R. Murrow award for feature reporting in 2011. She has also interned for CNN-International in London, England, WSLS-TV in Roanoke, Virginia, and worked as a sports reporter for WLNS-TV in Lansing, Michigan.

Allison received a Bachelors of Arts degree in Marketing from The College of William and Mary. After college, Allison moved back home and won the title of Miss Virgin Islands and competed in the 2006 Miss America Pageant. After her year as Miss Virgin Islands, Allison traded in her crown for a reporter’s hat and attended Columbia University Graduate School of Journalism. In New York City, she covered everything from politics to sports, and completed her master’s thesis on Christian Hip Hop.

Allison currently serves as the Community Liaison for Miles Perret Cancer Services. When she’s not working, you can most likely find Allison at her favorite place–the golf course! She a life-long golfer and played on the women’s golf team for The College of William and Mary. She also enjoys running, reading, volunteering, and hanging out with friends.