Adrienne C. Slack is regional executive at the New Orleans Branch of the Federal Reserve Bank of Atlanta. She is responsible for 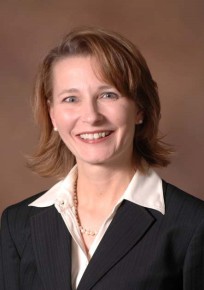 Adrienne C. Slack is regional executive at the New Orleans Branch of the Federal Reserve Bank of Atlanta. She is responsible for the branch’s board of directors and the district’s Energy Advisory Council, oversees its economic and financial education programs, advises on regional Community and Economic Development matters, and provides regional input into the Atlanta Fed’s monetary policy process.

She joined the Federal Reserve System in 1990 with the Federal Reserve Bank of Dallas’ Economic Research Department. In 1993, she transferred to New Orleans, where she served in several district and national leadership roles during her tenure. Prior to assuming her current role in 2012, Ms. Slack was the New Orleans branch assistant vice president and branch operations officer with responsibility for currency services, law enforcement, and support services.

In 2008, Ms. Slack completed a high-level System interchange assignment with the ReserveBank Operations and Payment Systems Division at the Board of Governors in Washington, DC. While at the Board, she contributed to Reserve Bank oversight and system policy issues. In 2006, she was honored by New Orleans CityBusiness at its Women of the Year event.

Adrienne is involved in a number of activities, including the United Way of Southeast Louisiana Board of Trustees, the University of Southern Mississippi College of Business Advisory Council, and United Way ALICE Advisory Committee.

Raised in Mississippi, Ms. Slack received a bachelor of science degree in business administration with a concentration in economics from the University of Southern Mississippi. She also completed the Executive Development program at Dartmouth College and the Federal Reserve System’s Officer Development program.