For the past 10 years, Dr. Shawn Wilson has served as Chief of Staff for the Department of Transportation and Development, a 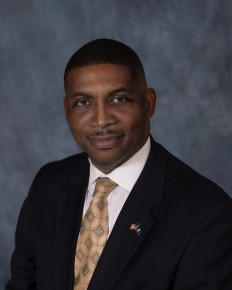 For the past 10 years, Dr. Shawn Wilson has served as Chief of Staff for the Department of Transportation and Development, a role he filled for three previous Secretaries and under the executive administration of two Governors. Prior to joining DOTD, Wilson also served as former Executive Director of the Louisiana Serve Commission and Deputy Legislative Director in the Blanco Administration.

A proud product of the New Orleans public schools, Wilson earned a B.A. in Urban and Regional Planning from the University of Louisiana, where he served as Student Government President and Member of the University of Louisiana System Board. He holds a Master of Public Administration degree and recently earned a Ph.D. in Public Policy from the Nelson Mandela School of Public Policy/and Urban Affairs at Southern University.

Shawn’s community service covers a variety of personal and professional interests, including Scoutmaster for Troop 271 Boy Scouts of America in Lafayette, Evangeline Area Council of Boy Scouts Board, and American Associations of State Highway and Transportation Officials. His former Board memberships include Past President of the University of Louisiana Alumni Association, the National Forum for Black Public Administrators, United Way of Acadiana, and Alpha Phi Alpha Fraternity, Inc.

Shawn and his wife, Rocki, met and reside in Lafayette; together they have two children, college senior Shawn Denise (21) and Star Scout Joshua Bakari (13). The Wilsons are members of Progressive Baptist Church.